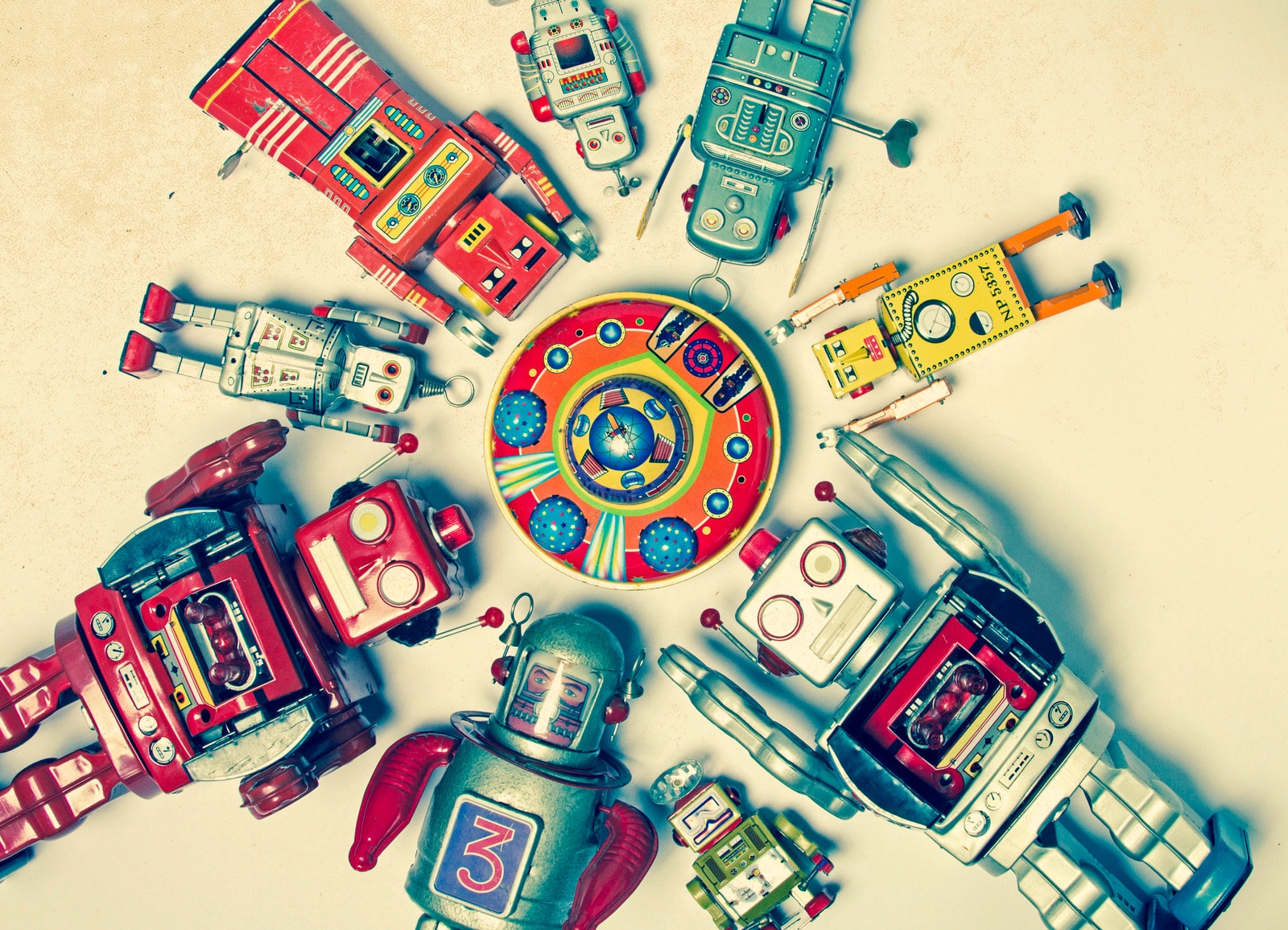 The History of Robotics: From an Idea to Drones and Beyond

Home » The History of Robotics: From an Idea to Drones and Beyond

Robotics has come a long way, even just in the past decade. Take a look at the history of robotics and how it’s being used for the future of business and more.

Robots definitely have a certain “cool factor” that comes with them. They’re also extremely functional. In essence, using and working with them essentially means you can do something cool, good, and extremely productive every day.

While we initially dreamed of C3PO and R2D2 as ideal robots, the modern world of robotics refers to all kinds of machinery and technology. Additionally, artificial intelligence (AI) may be applied to improve performance of tasks or services to further the impact of these incredibly powerful systems. Some of these systems include advanced manufacturing equipment, autonomous vehicles, and even AI-powered drones! From its earliest beginnings to modern robotics, the technology has come a
long way. We’ll start with a quick overview of the history and then discuss the growth of robotics over time.

The Beginning
The word “robot” was first seen in a play in 1921 by Karel Capek, and many will tell you that the term “robotics” was coined by Isaac Asimov in 1941. The words may have been new, but the concepts were not– people have been dreaming of robotics for decades, and perhaps even centuries.
The first actual use of robotics is noted in ancient times, referencing hydraulically operated statues that were capable of gesturing and speaking. However, modern robots were not invented and patented until the 1950s, when George C. Devol created the first reprogrammable manipulator and patented it. That’s right– the first robotics invention was designed as an automation tool. In the late 1960s, another engineer by the name of Joseph Engleberger acquired the patent, making it into an actual usable industrial product that could provide automated efforts to assist with various tasks.
Since this time, the evolution has continued, and although many people debate just what constitutes a “robot,” the fact is clear that the future of robotics is about to change that definition yet again and challenge what we think we know.

Robotics vs. Machines
The biggest point of contention here, especially for those who are in the industry, is what actually defines a “robot.” Experts will argue for days on just how autonomous it needs to be, what functions it should have, and so forth. However, there are some basic protocols and definitions that are agreed upon.

According to the generalized rules, a robot is:
● Intelligent
● Physically-embodied
● Autonomous, at least to some degree
● Able to sense and manipulate the environment

In the case of the drones here at Asylon, for example, we have some machines, and we have some robots. A drone itself is just a machine.
However, a drone that can take off and land on its own, manage its own power source, sense objects in its flight path, and complete pre-programmed missions is definitely a robot. The difference? The intelligence and autonomy allow the machine to operate independently from human assistance and perform skilled or intelligent tasks.

The Future of Robotics is Bright

The evolution is only going to continue. As technology continues to get smarter and more capable, robotics is going to continue to thrive and develop right along with them. Until the turn of the 21st century, robotics were mostly confined to labs, factories, and high-tech facilities that could benefit from their many uses. Today, robotics are everywhere, including in people’s hands on a daily basis. New technologies are being developed that are going to let robots sense the world around them in a way that far surpasses humans. Imagine robots that can see around corners, sense hidden objects, and perform all kinds of tasks that would otherwise take
businesses a lot of time, effort, and/or risk to complete.

The robotics industry is already worth well over $24 billion and growing. In light of COVID-19 and the growing focus on remote life and work, the world of robotics is being prompted, yet again, to deliver new solutions.

We Love Robots
At Asylon, we take robotics seriously, but not so seriously that we’re not excited about the future that’s being built. We’re working with some of the leading companies to re-shape robotics and the impact they have on security operations. Whether you’re just looking for the latest tech or interested in robotic perimeter security for your facility, we want to hear from you. Contact us today to learn more about our robotics and drone solutions and find out how we’re helping companies and agencies take advantage of this technology in every way possible.