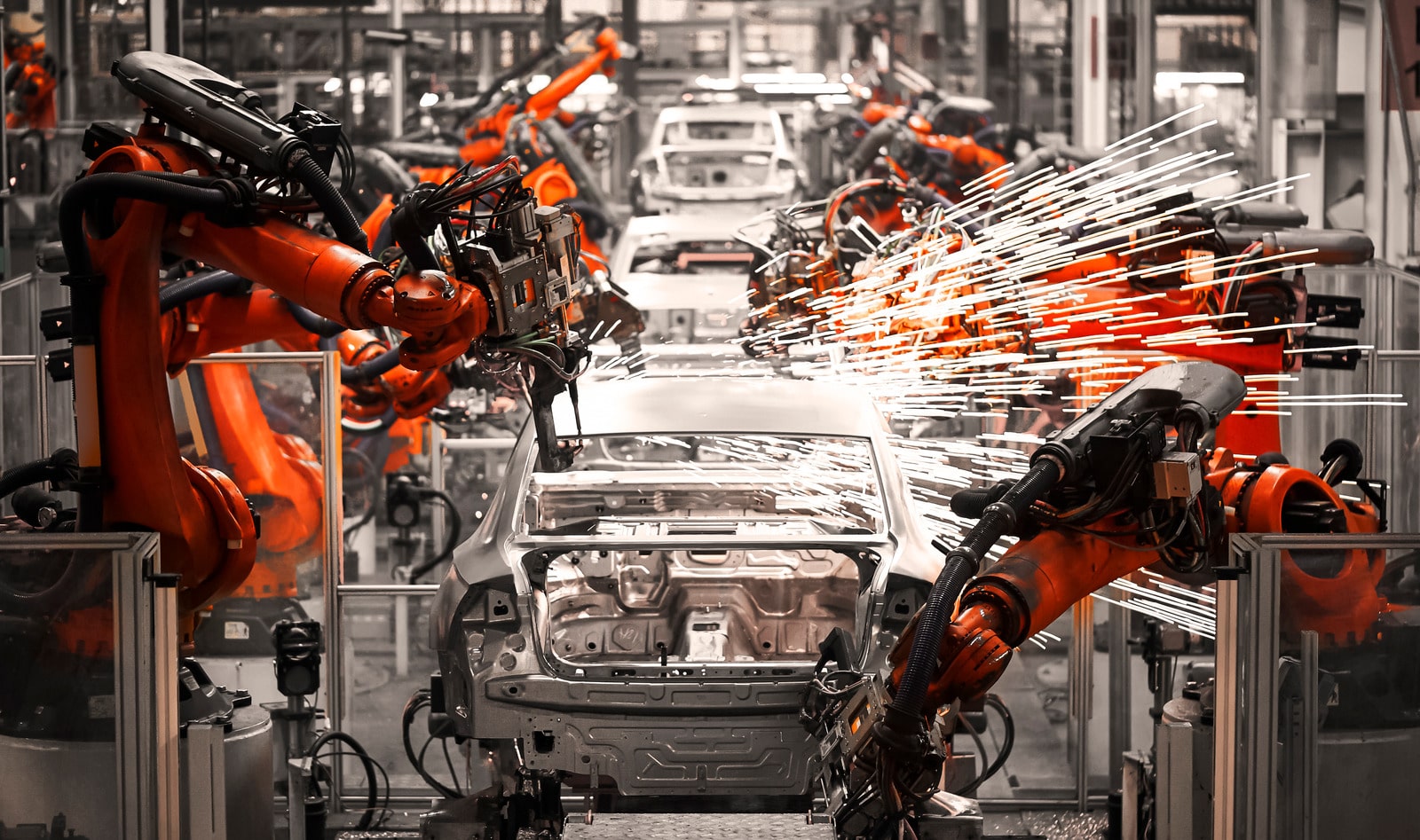 Automation through robotic technologies is the future of business, offering benefits such as cost savings and improvements to speed and quality. Especially as 2020 brought unanticipated challenges, the demand for robotic automation soared as companies looked to innovate in the new socially distanced world.

With 53% of companies having embarked on the process of implementing robotic automation, adoption is predicted to rise to 72% within two years1. If the trend continues at the same rate, robotic automation will become nearly universal by 2025, driven by the benefits that automation promises, like decreased costs, improved quality, accuracy, and compliance.

Already, 78% of companies with robotic automation already in place anticipate to significantly increase their investment in automation2. The combination of current and new users implementing robotic automation will drive adoption rates to record highs. Currently, the majority of automation within the United States is distributed between four industries; automotive (38%), electronics (15%), plastics and chemicals (10%), metal manufactures (7%)3.

A major concern posed by the prospect of automation comes from workers who fear that their job will be replaced. Companies that have begun implementing robotic automation estimate that up to 20% of their capacity can be delivered by robots, compared to 52% of capacity at companies that have started to scale automation2. Unlike human employees, robots can work around the clock, do not get sick, or require social distancing during the current health crisis. Nearly one-quarter of US jobs are predicted to be at risk of automation4, however, an even lower amount is anticipated to be fully automated5. However, as more roles shift to automation, instead of destroying jobs more will be created. It is estimated that this shift will create 97 million “jobs of the future,” which provide better career opportunities6. Especially for early career professionals, these new roles will likely lead to less competition with senior candidates for these new positions which offer competitive salaries and are focused on complex tasks. Many of these positions will lie in cloud technologies, AI and data, engineering, marketing, manufacturing, security, and more.

One of the most attractive aspects of automation for organizations is reducing operating costs. Generally, estimates put the cost of labor at 25% of an all-human workforce7. Most companies report the payback of their robotic systems to be less than a year, which further supports their ability to increase profitability1. Beyond saving on labor costs, implementing robotic automation eliminates human errors, eliminating wasted materials and extra time spent trying to rectify issues caused by errors. Tesla has become a company notable for its use of robots in the production process. Over 75% of the work is automated, with things like general assembly and wire harnesses being left to human employees8. By the end of 2021, industry is on-trend to have more than 3.2 million factory robots in use.

Robotic automation is also set to change the way supply chains are managed. As the pandemic demonstrated, companies rely on suppliers with agility and speed to meet increased demand. Within warehouses, autonomous mobile robots keep costs down and sales of this type of robot are predicted to surpass $27 billion by 20258.

Another sector seeing the effects of robotic automation is delivery. While the use of Personal Delivery Devices was already increasing, it was something only accelerated by the pandemic8. So far, 12 states have legalized autonomous delivery robots, which serve as a “last mile” delivery solution. Amazon has been operating delivery robots in San Francisco since 2017, beginning trials in other parts of the United States since.

2020 saw an increase of 133% in the use of robotic cleaners in the first three quarters as retailers looked to support workers and the increased cleaning demand9. Instead, employees could focus on higher-value tasks, like sanitizing and restocking. As more companies are employing robotic employees, consumers are becoming more accustomed to seeing them, increasing their comfort around them.

Robotic automation will also disrupt the security industry, estimated to have significant growth between 2020 and 202710. Using robotic security is likely to make the job of security personnel easier with the ability to patrol areas that traditionally need multiple guards, as well as responding to and investigating threats. Especially as society continues to deal with the effects of COVID-19, security robots can help teams operate with fewer resources and keep personnel out of harm’s way.

Robotic automation is creating a major impact in areas such as security, home deliveries, retail, and manufacturing. With robots, the common goal is increasing efficiency, reducing costs, and allowing employees to focus on higher-value tasks. While companies were already understanding the value of automation pre-COVID, the pandemic only accelerated the industry’s progression. Let’s see how this momentum continues throughout 2021.