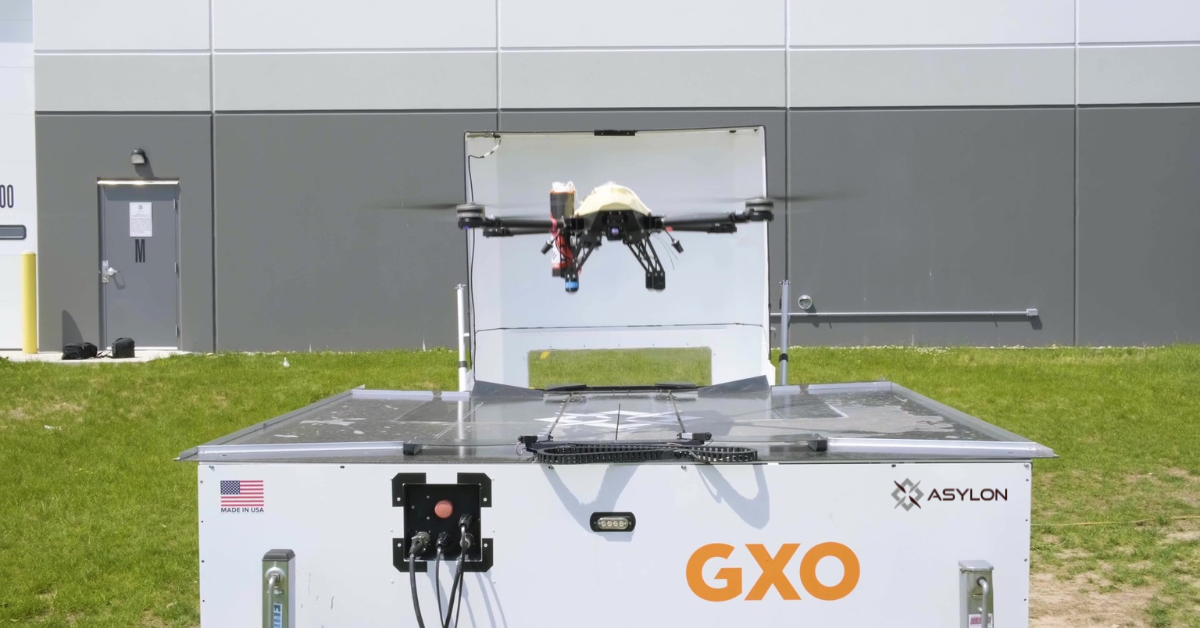 These initial three beyond visual line of sight (BVLOS) waivers pave the way for future innovations and full-scale remote operations.

Norristown, PA: Asylon, Inc., the leading air and ground robotic security company in the United States, announced today that the Federal Aviation Administration (FAA) has granted them three beyond visual line of sight (BVLOS) waivers for their automated security drone-in-a-box system and service. These three waivers account for four initial sites around the U.S. and their award is a testament to Asylon’s commitment to data, safety, and achieving the right results the right way.

Asylon initially partnered with the FAA in February of 2020 through the uncrewed aerial system (UAS) Integration Pilot Program (IPP) [now known as the BEYOND Program] when they deployed their automated DroneSentry system at Memphis International Airport for FedEx Express.

Mark Landry, former Senior Manager of Corporate Strategic Security at FedEx Freight, said, “Starting in 2018, I was managing the security drone program at FedEx Freight. At this time, we were operating in fairly uncharted regulatory territory through different programs with the FAA. The Asylon team joined and immediately helped educate all stakeholders involved. Their expertise and leadership allowed us to chart a path of safety, compliance, and innovation. And, because of this key partnership, we were able to successfully scale projects that had never been done before in the U.S.” Mark recently joined CEVA Logistics as the Senior Director of Global Security Transformation.

Asylon’s entire flight operation from take-off through landing and battery swap are completely automated and remotely managed. To date, Asylon has completed more than 20,000 automated patrol and alarm response missions in the United States with their DroneCore system. The systems are being used to deter crime and detect potential issues like theft, fire, or active shooters while providing real-time intelligence to security teams. Further, as a robotic security platform with various sensors integrated, it has investigated and cleared thousands of false alarms, a problem that plagues already short-staffed security teams.

Former Acting Administrator of the FAA and Asylon advisory board member, Dan Elwell, said, “There are only a few dozen companies in the world who have achieved what Asylon has just done here. Of the few who have received these BVLOS waivers, I do believe that Asylon is different. The security use-case is perfect, the remote operations are built out, the process developed with securing this last waiver is scalable, and the sheer number of automated flights Asylon has done to prove the safety case is incredible. I’m confident that, with this team and technology, this is just the start.”

One of the BVLOS waivers granted is for Asylon’s customer, GXO Logistics, who recently announced that they are significantly scaling their security robotics program. The DroneSentry system at GXO’s new facility in Clayton, IN, can now legally conduct flight operations over people, at night, and over moving vehicles. The waiver also designates the remote pilot in command (RPIC) as the analyst that works in Asylon’s 24/7/365 Robotic Security Operations Center (RSOC) in Norristown, Pennsylvania.

While this class of waiver is a world-first for an automated security drone system, the other groups that have been granted similar far-reaching waivers like this include Google’s Wing, Zipline, Xcel Energy, and Matternet.

“Asylon’s core team, founded by MIT aerospace engineers, brings a lot of experience in the industry. Because of this, we started building the data and safety case on day one. Now, we’ve crafted a scalable, templated process that embodies our core value of quality first, safety always,” Brent McLaughlin, Co-Founder and COO of Asylon, said. “These initial BVLOS waivers are a significant step for scaling our operations to meet the massive demand of the security industry. We’re certain automated end-to-end rapid response aerial vehicles like DroneSentry will create safer facilities for our customers and their employees. Our team is honored to innovate with the FAA and key customers on this.”

Asylon is an American-made small business committed to providing a customer experience that is second-to-none. Learn more about their leading air and ground robotic security solution by visiting their website here.

Asylon, Inc. is the leading air and ground robotic perimeter security company in the United States.  Asylon partners with commercial and government entities to modernize traditionally inefficient security practices. By providing customers with the most advanced, American-made, robotic security technology, Asylon helps to ensure that both government and private-sector companies can protect their people, assets, and profits against threats. Learn more by visiting AsylonRobotics.com or stay connected with Asylon at LinkedIn, Twitter, Facebook, Instagram, and YouTube.